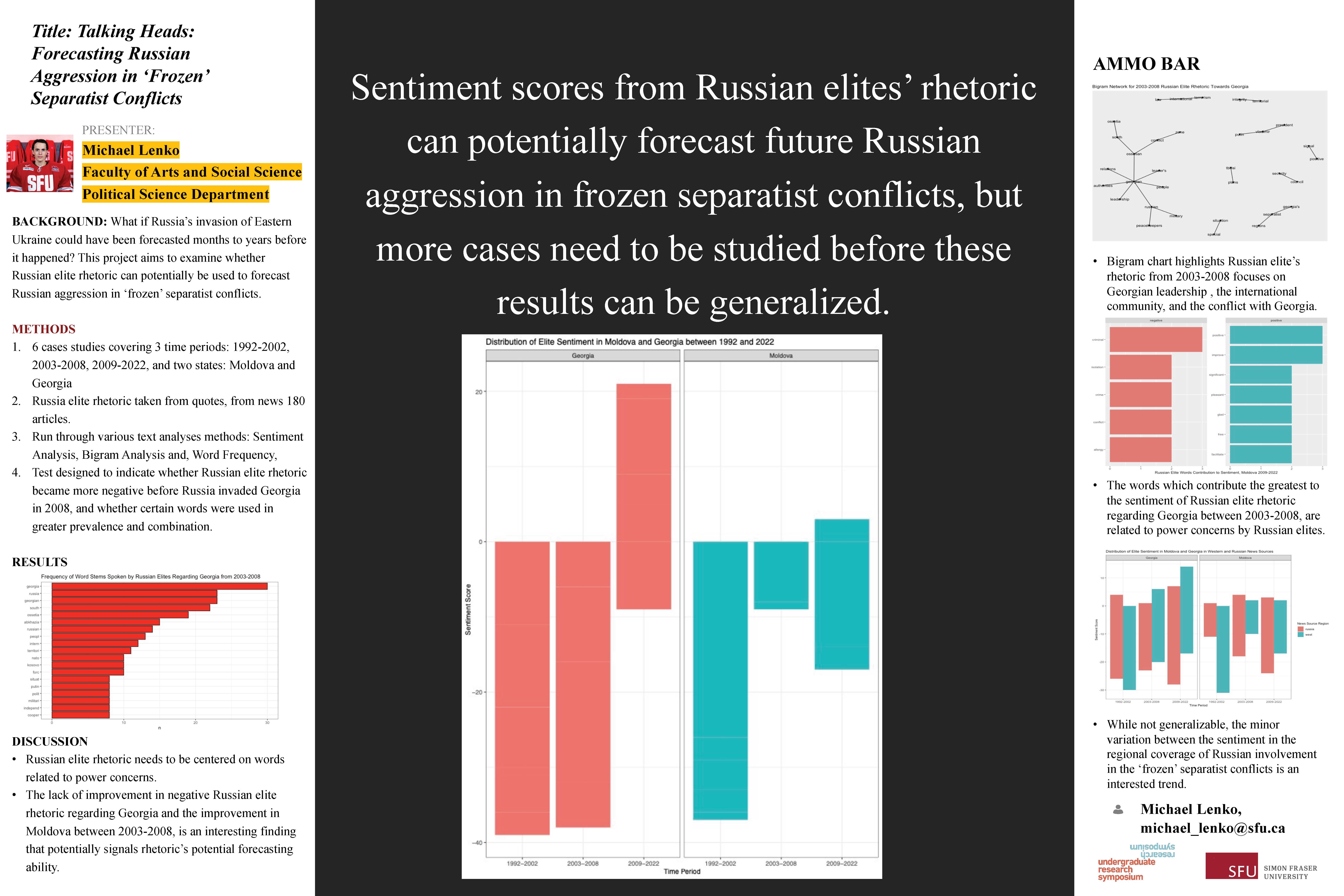 In the last 14 years, Russia has militarily intervened in three ‘frozen’—where hostilities have ceased, but the resolution of a conflict has end in sight— separatist conflicts in Georgia, Azerbaijan, and Ukraine. These conflicts have caused mass casualties, disrupted the lives of people living in these regions, and unsettled regional security. Further, the outbreak of a wider international conflict is a real possibility, as seen by the presence of  NATO member Turkey’s involvement in the most recent conflict in Azerbaijan.  If we could forecast when Russia will militarily intervene next, policy makers could take more decisive actions—to prevent a more serious international conflict. Through analyzing Russian elite rhetoric, this project hopes to show that future Russian military aggression in ‘frozen’ separatist conflicts can potentially be forecasted. This project will compare Russian elite’s quotes in news articles regarding the separatists regions in Georgia in Moldova, in three distinct time periods—1992-2002, 2003-2008, 2009-the present. Through computer-assisted text analysis methods, this project aims to clarify whether, between 2003-2008—during the Rose Revolution—in Georgia, Russian elite rhetoric could have forecasted Russia’s 2008 war with Georgia. Through the growing revolution of text analysis in political science research, this paper will be able to survey large amounts of text, in ways that were once inaccessible or required arduous efforts to understand the meaning of text. This paper hopes to provide a mechanism to forewarn of impending Russian military aggression, while applying text analyses methods in a new application.