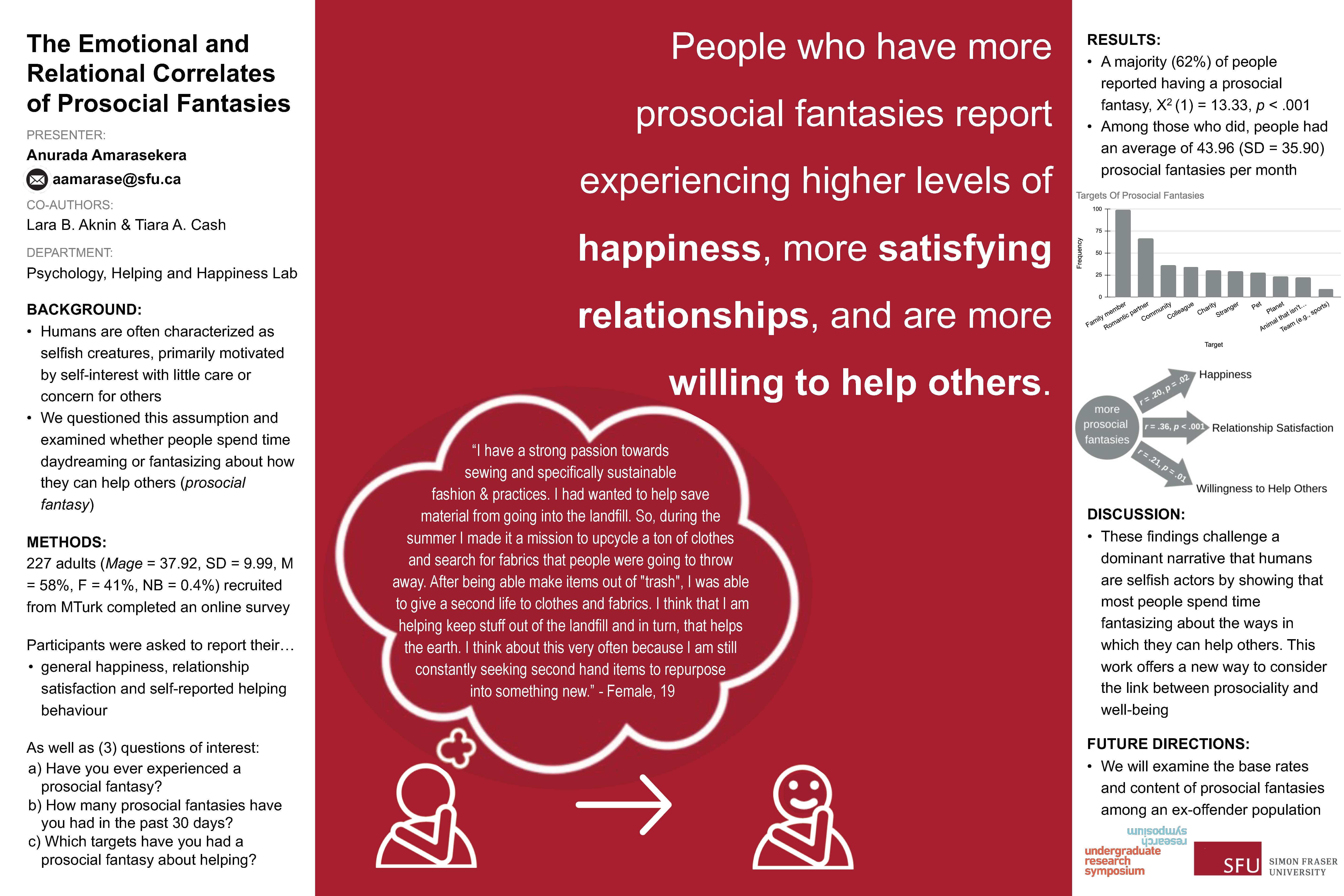 Humans are often characterized as selfish creatures, primarily acting to improve their own self-interest with little care or concern for other’s well-being. However, when we asked a sample of 227 adults (M = 37.92, SD = 9.99, 58.1% M, 41.4% F, 0.4% NB) recruited on MTurk if they spend time fantasizing about how they can help others – engaging in prosocial fantasies – a significant majority (62%) reported doing so (X2(1) = 13.33, p < .001). In fact, individuals who reported having prosocial fantasies stated having more than one per day, on average. Prosocial fantasies were most commonly directed towards family members and romantic partners, but some people also reported prosocial fantasies directed at their pets, their community, and sometimes even strangers. Importantly, individuals who reported having more prosocial fantasies were happier (r = .20, p = .02), indicated having more satisfying relationships (r = .36, p < .001), and were more willing to help others in general (r = .21, p = .01). These findings challenge the dominant narrative that humans are selfish actors by showing that a significant majority of people may spend time fantasizing about the ways in which they can help others and offer a new way to consider the link between prosociality and well-being.