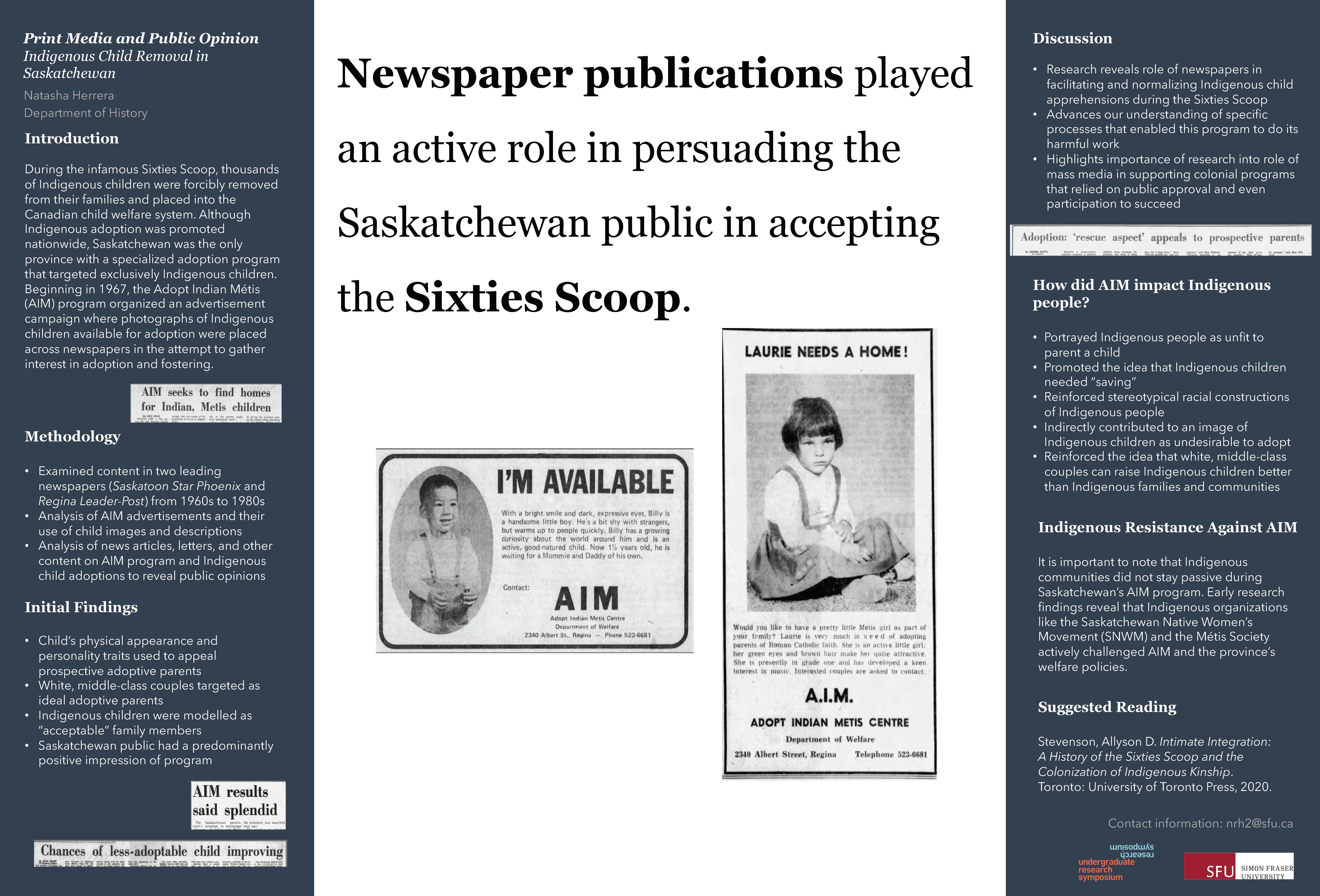 Between the 1960s and 1980s, thousands of Indigenous children were forcibly removed from their homes and placed into the Canadian child welfare system. Infamously known as the Sixties Scoop, the event received minimal backlash and instead had a predominantly positive impression across the Canadian public. Despite its devastating consequences, many believed child welfare intervention was needed to “rescue” Indigenous children from suspected insufficient parental care or unsuitable living conditions. Thousands of Indigenous children placed for adoption were advertised in newspaper publications in an attempt to reduce over-representation in the child welfare system. Although the promotion of Indigenous adoption occurred across Canada, Saskatchewan’s Adopt Indian and Métis program became the only adoption program in Canada that targeted solely Indigenous children. By focusing my research on two newspapers—Regina Leader-Post and the Saskatoon Star-Phoenix—I will explore how print media played a crucial role in influencing, manipulating, and persuading public attitudes. My presentation will include a collection of advertisements published between the 1960s and 1980s that displayed Indigenous children available for adoption. In addition, I will discuss both settler and Indigenous narratives published in the periodicals to illustrate what editors chose to include. As awareness of Indigenous injustices continues to increase in our present-day, it is important for Canadians to educate themselves on how events such as the Sixties Scoop occurred with minimal opposition. Through this focused research, my project will aid in growing awareness by enriching our understanding of print media’s instrumental role in building the Canadian public’s acceptance of Indigenous child removal.