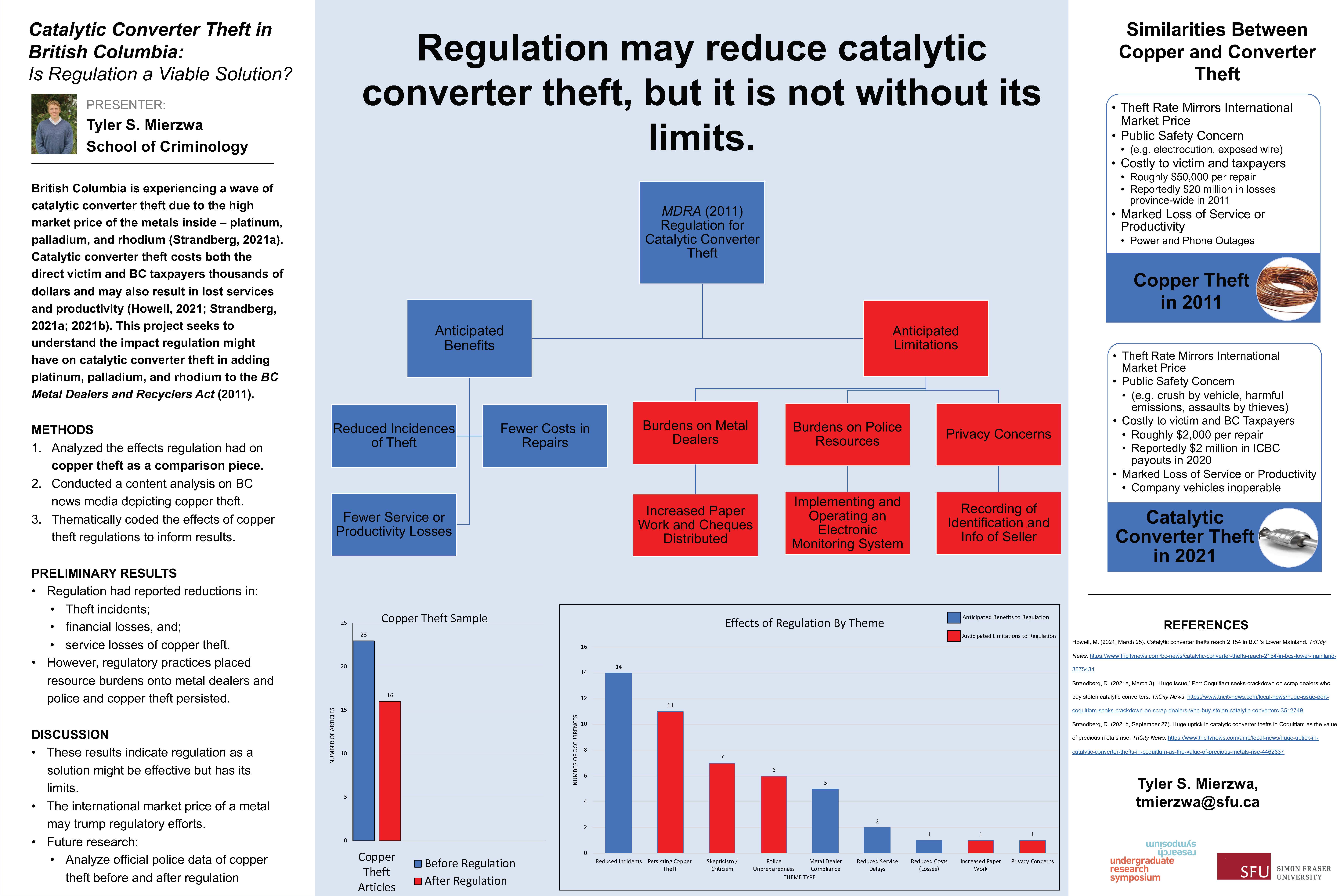 Other targeted metals for theft such as aluminum or copper are regulated in the BC Metal Dealers and Recyclers Act (MDRA, 2011), where the purchase, sale, and transaction of these metals are logged and reported to local law enforcement. However, the BC MDRA (2011) does not include the metals found in catalytic converters such as platinum, palladium, and rhodium. Therefore, a high-demand international market for platinum, palladium, and rhodium has caused the prices - and subsequently theft – of these metals to soar.

This project presents an argument for increased regulation of platinum, palladium, and rhodium in the BC MDRA (2011) as a solution to catalytic converter theft. Using a comparative policy analysis, the effectiveness of copper regulations will be assessed, evaluating incident report, arrest, and conviction rates before and after regulations were introduced in the BC MDRA (2011). Conducting this policy analysis will yield results in support of platinum, palladium, and rhodium regulations including the recording of seller identification, transaction information, and reports to local law enforcement. Introducing province-wide regulations on these metals will deter opportunistic thieves as the risk being caught selling a stolen converter will likely outweigh the monetary gain of the theft.