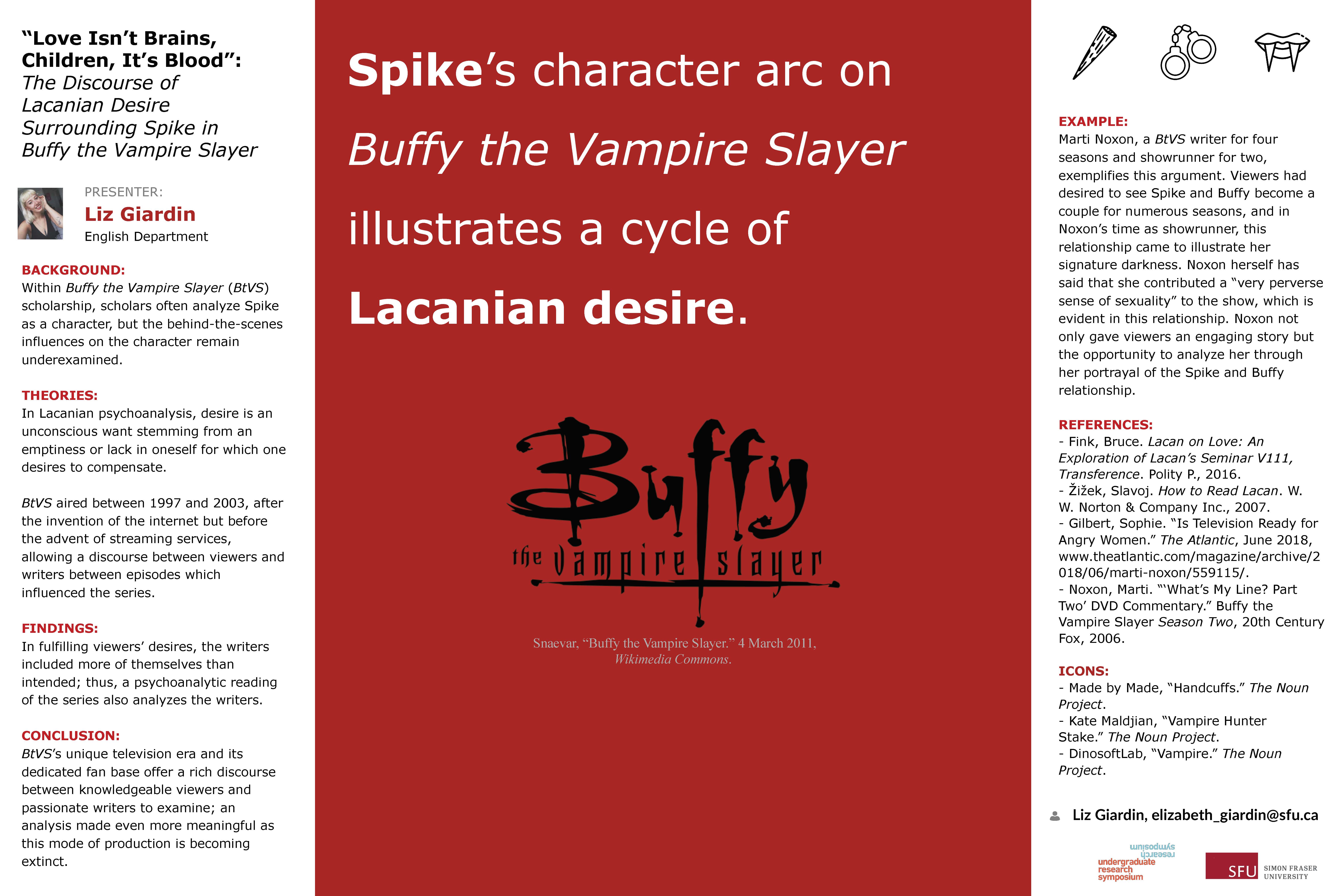 Although Buffy the Vampire Slayer (BtVS) scholarship continues almost twenty years after the show finished airing, the effects of its infamous fan culture on the series itself remain underexamined. Scholars often analyze the vampire Spike, played by James Marsters on BtVS, as a character, but it may be advantageous to read his character as illustrating a behind-the-scenes cycle of Lacanian desire. Desire, according to psychoanalyst Lacan, is an unconscious want stemming from an emptiness in oneself for which one strives to compensate. BtVS’ writers, actors, and viewers, all expressed desires for Spike’s character development. In television today, entire seasons are often dropped on streaming services, so viewers can only express their opinions between seasons; yet, BtVS aired in the late 1990s and early 2000s, after the invention of the internet but before the advent of streaming services. Using online forums, viewers expressed their desires to the writers, who changed the series week-to-week. Tracing Spike’s character arc from his introduction in season two, through his awakening desire for Buffy in seasons four and five, through the violent nature of their desire for each other, and to the reality of what their relationship entailed, reveals that Spike exemplifies a cycle of desires between the writers’ intentions, the actor’s portrayal, and the viewers’ reactions. This collaborative cycle of Lacanian desire behind BtVS’ production revealed to fans, through their desires for the show and how the show portrayed these desires, the hidden darkness, l’objet petit a, of what they imagined their desires to be.