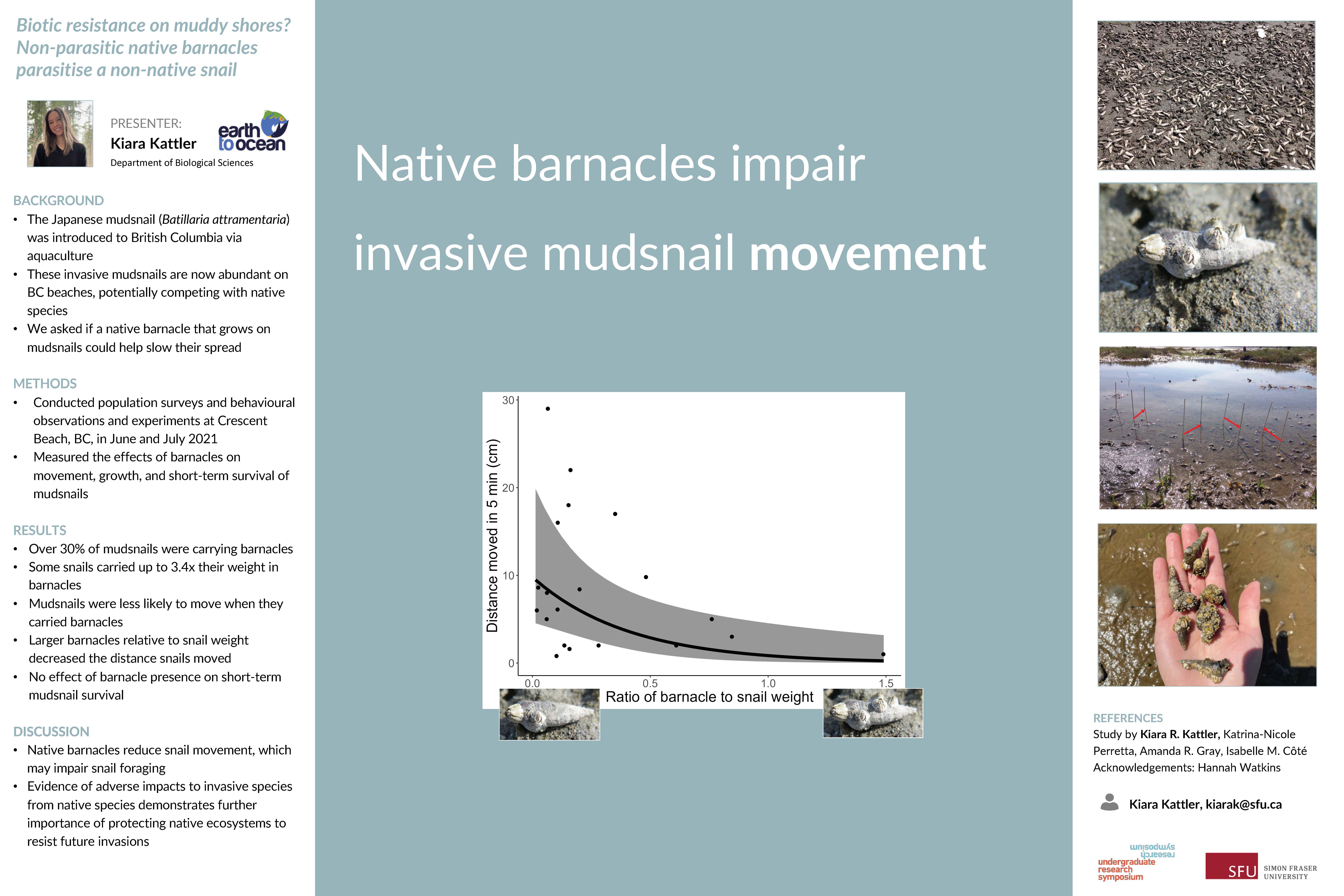 People have moved marine species around for centuries, and the rate of ecologically damaging introductions is accelerating. The success of an introduced species is determined by the characteristics of that organism, but also by the features of the species in the recipient habitat. ‘Biotic resistance’ can arise when native species slow down or prevent the spread of introduced species through parasitism, predation, and/or competition. Here, we examine if native barnacles that grow on the mudsnail Batillaria attramentaria offer biotic resistance against this invader from the western Pacific. We conducted population surveys, mark-recapture experiments, and behavioural observations at Crescent Beach, BC, to measure the effects of barnacles on movement, growth, and short-term survival of mudsnails. Approximately one-third of mudsnails carried barnacles, the weight of which sometimes exceeded the weight of the mudsnail. Barnacle presence decreased the likelihood that mudsnails would move, and barnacle weight reduced the distance moved. The higher the ratio of barnacle weight to snail weight, the lower the likelihood of mudsnail movement and distance moved, which could have implications for foraging success of mudsnails carrying barnacles. Shell weight and shell length were highly correlated, but the slope of the relationship was similar for mudsnails with and without barnacles. There was no effect of barnacle presence on mudsnail survival. Overall, native barnacles appear to offer some, though weak, biotic resistance to invasive mudsnails. Discovering that native species can hinder important attributes of invasive species, such as movement, helps us further understand the ability of ecosystems to resist invasion.