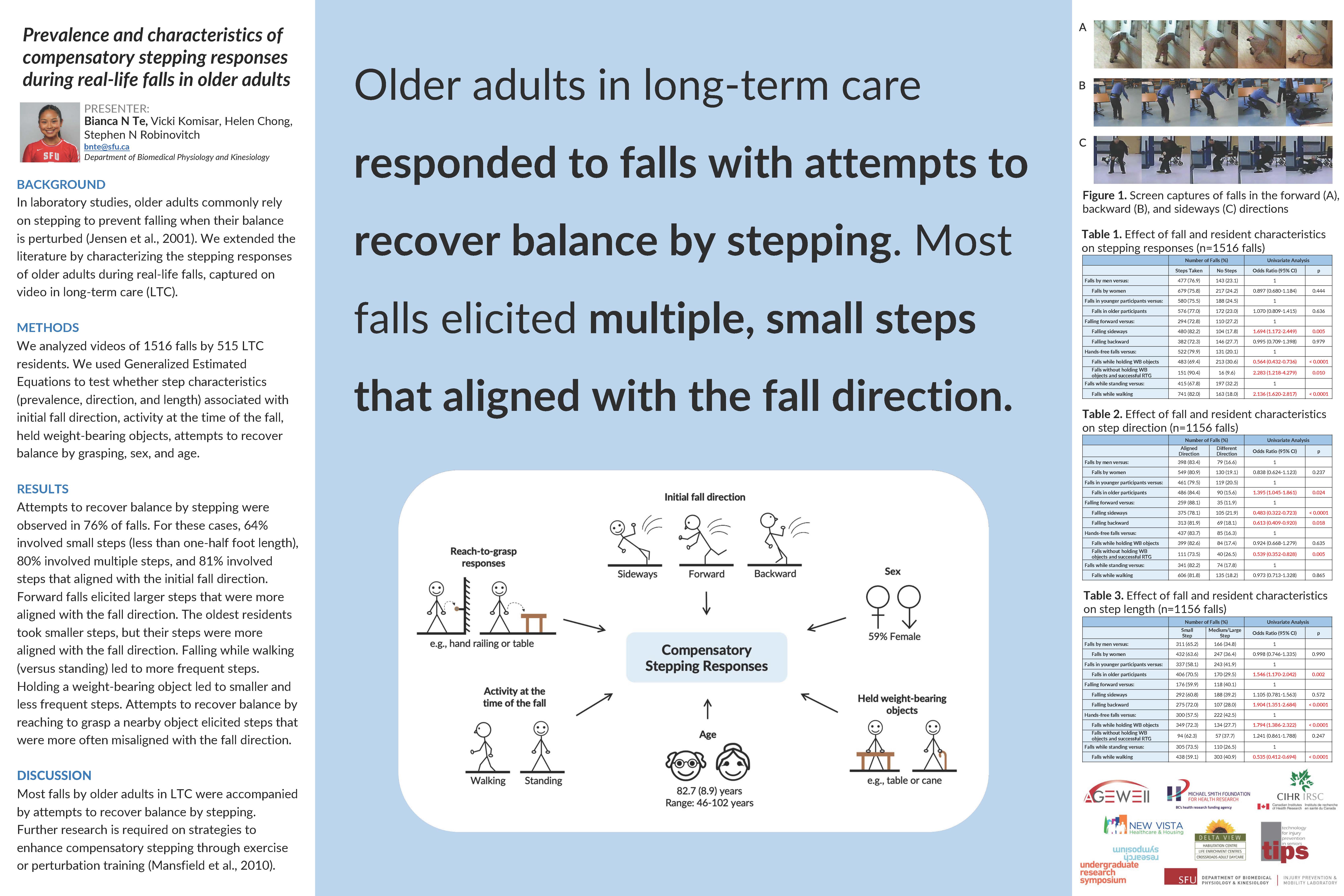 In laboratory studies, older adults commonly rely on stepping to prevent falling when their balance is perturbed. We extended prior literature by characterizing the stepping responses of older adults during real-life falls, captured on video in long-term care. We included 1516 falls by 515 residents, and used Generalized Estimated Equations to test whether step characteristics (prevalence, direction, and length) associated with initial fall direction, activity at the time of the fall, cause of imbalance, attempts to recover balance by grasping, sex and age.

Attempts to recover balance by stepping were observed in 76% of falls. For these cases, 64% involved small steps (less than one-half foot length), 80% involved multiple steps, and 81% involved steps that aligned with the initial fall direction.

In summary, older adults in long-term care often responded to falls with attempts to recover balance by stepping. Steps were usually functionally aligned to the fall direction but small in length. Our results support the need for further research on approaches to enhance the effectiveness of compensatory stepping responses through exercise or perturbation training.