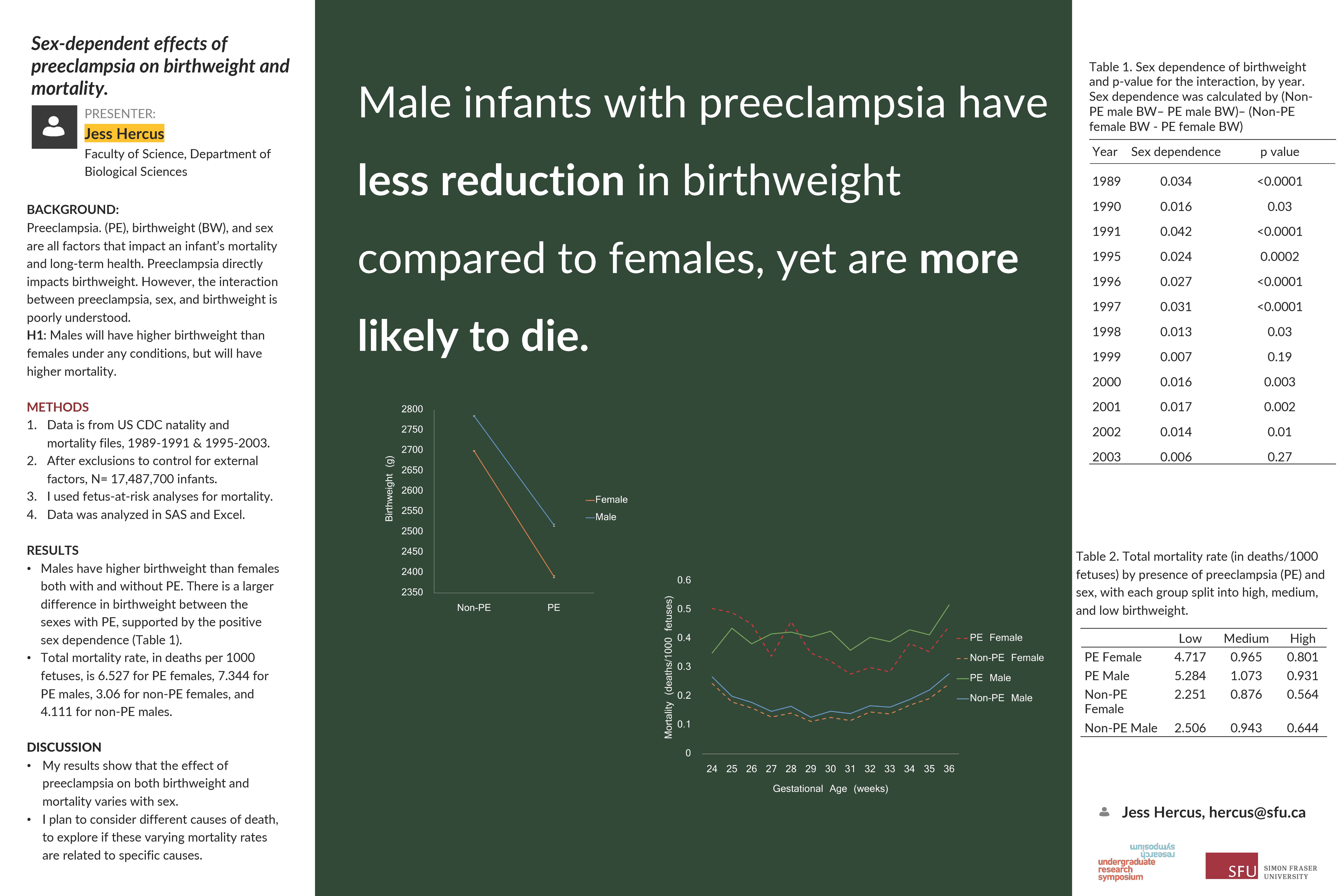 Preeclampsia is a disorder that affects 2-10% of pregnancies, and Canadian studies have found that the incidence of preeclampsia is increasing. While preeclampsia is diagnosed and defined by symptoms present in the mother, it is associated with lower infant birthweights, due to nutrient deprivation throughout pregnancy. Infants with lower birthweights for their gestational age have higher risks of type 2 diabetes and cardiovascular disease, and higher lipid levels throughout their lifetimes, along with many other risk factors. These long-term impacts of low birthweight make the study of factors that are known to impact birthweight, such as preeclampsia, important not just for infant health but in understanding health throughout the lifespan. I will study the birthweights of infants born to mothers with preeclampsia, compared to infants without any chronic challenges while in utero. The American CDC database has open-source data on every birth in the United States since 1968, and I will use data from a subset of years, with a sample size of approximately 40,000 births per year after exclusions. I will also compare mean birthweights by sex, to determine if one sex is more affected by preeclampsia. Additionally, I will be studying mortality, to see if infants born to mothers with preeclampsia are more at risk of certain causes of death, and if this is sex-dependent. This population-level retrospective study will allow us to learn more about the impact of preeclampsia on infant birthweight, which can serve as a long-term component of health, and on infant mortality.