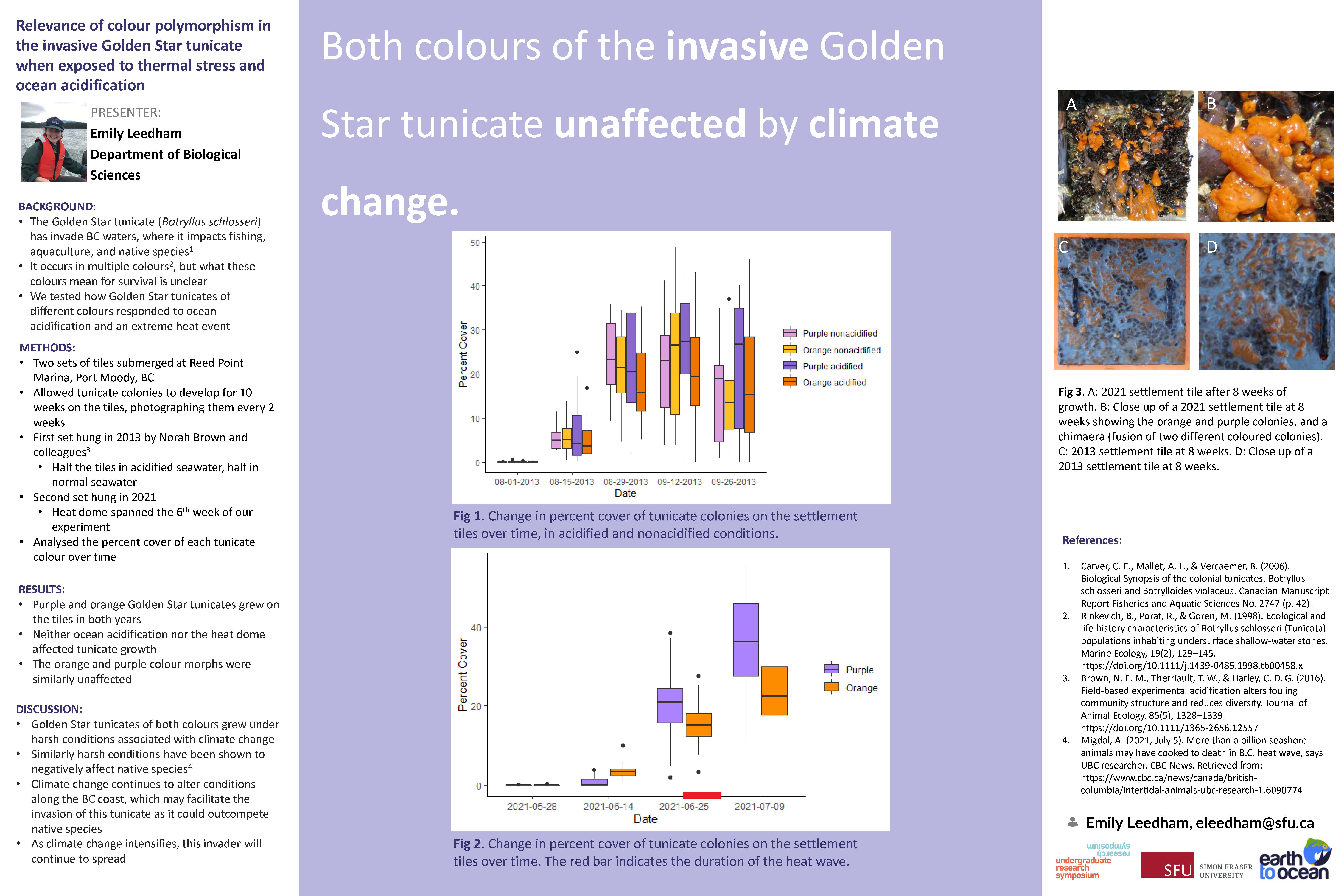 Colour polymorphism (the presence of multiple colour morphs within a species) is common in marine sessile invertebrates, and is underpinned by multiple physiological and environmental processes. However, the effect of colour variation on ecological adaptations is poorly understood. Botryllus schlosseri is a colonial tunicate with multiple colour morphs that is invasive along the coast of British Columbia (BC). Using settlement tiles deployed at a location known to have at least two colour morphs (orange and purple), we observed how an extreme heat event affected colour-specific colony spread. We also used data from a 2013 experiment at the same location, where CO2 was used to lower water pH to see how ocean acidification might affect colony spread of the different morphs. We found that in both experiments, the orange morph arrived sooner than the purple one. In 2021, the purple morph grew faster than the orange morph, and neither was negatively affected by the 2021 heat dome that affected much of BC. Ocean acidification did not have an effect on colour morph cover. The resilience of B. schlosseri in the face of ocean acidification, and an extreme heat event, suggests that as climate change continues to alter marine environments, this species will remain a nuisance member of the fouling community in BC.