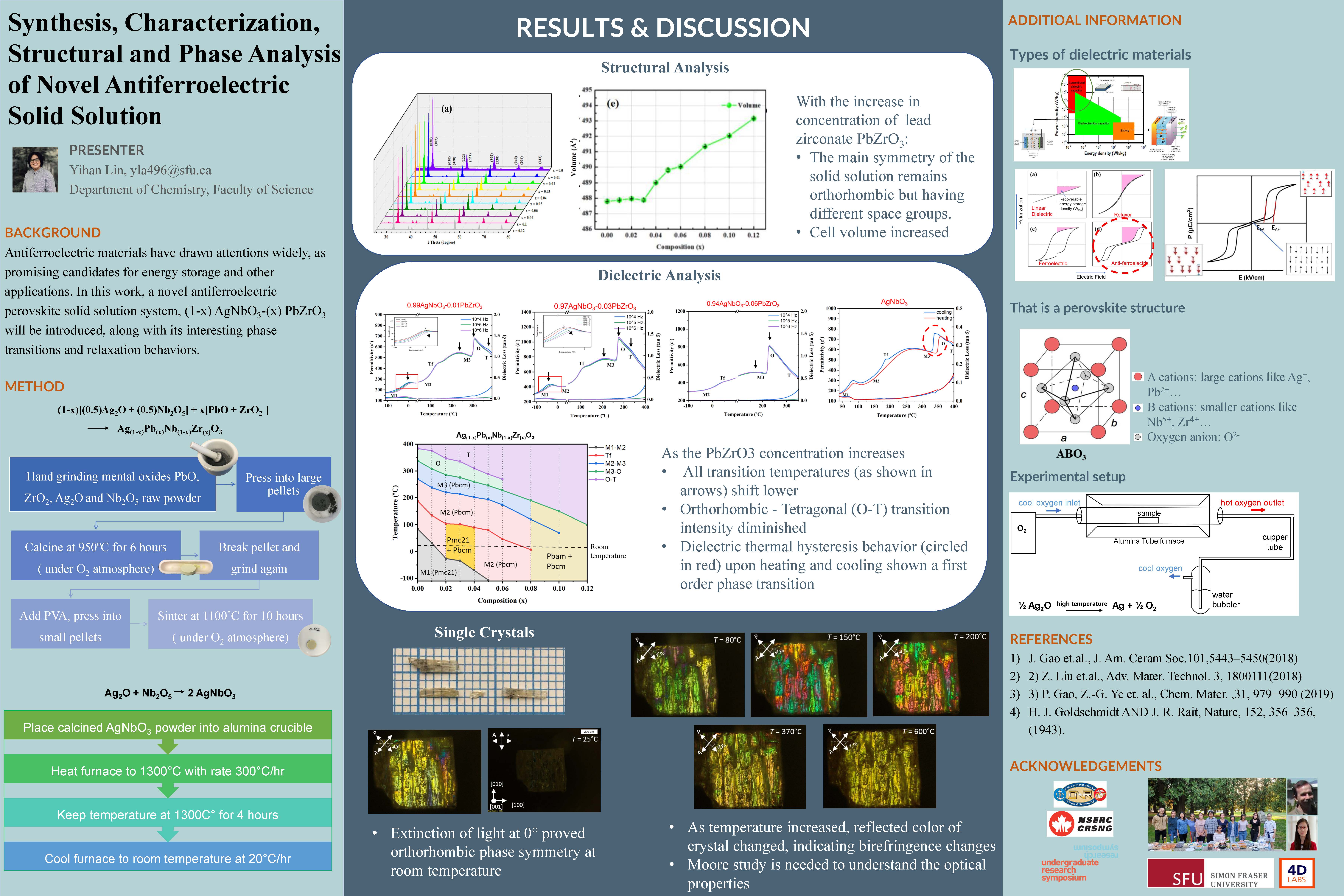 Complex structural transformations or phase transitions and interest for high-power energy storage density makes silver niobate (AgNbO3) an interesting material. In AgNbO3, various phase transitions are mainly associated with orthorhombic phases (in cubic structure, parameter a=b=c, where in orthorhombic, a≠b≠c). These transitions dominate the electrical behavior of AgNbO3 to a significant level. Here, by substituting lead and zirconium in place of silver and niobium, the solid solution system (Ag(1-x)Pb(x))Nb(1-x)Zr(x)O3 (where 0 ≤ x ≤ 0.12) was formed in form of ceramic, using conventional solid state synthesis. The Dielectric behavior (ability of a material to store energy as a function of temperature) and structural behavior suggested that with the increase in composition of lead zirconate PbZrO3, all the transition temperature in AgNbO3 moved towards the lower temperature. The frequency dependent dispersion in one of the orthorhombic phases, M1 phase, became more prominent till x ≤ 0.04 after that it was beyond the detection limit. Investigations of X-ray diffraction revealed the presence of different orthorhombic symmetries at room temperature with the varying substitution of PbZrO3. Analysis of X-ray diffraction peaks confirmed the phase transition from Pmc21 to the mixture of Pbcm and Pmc21 space group to Pbcm with the increase in composition of PbZrO3. To further study the interesting phases of AgNbO3, single crystals were successfully grown. An optical microscopy technique called Polarized Light Microscopy result confirmed the existence of room temperature orthorhombic symmetries. To summarize, the aim of experiment is to understand the effect of structural changes over electrical properties.