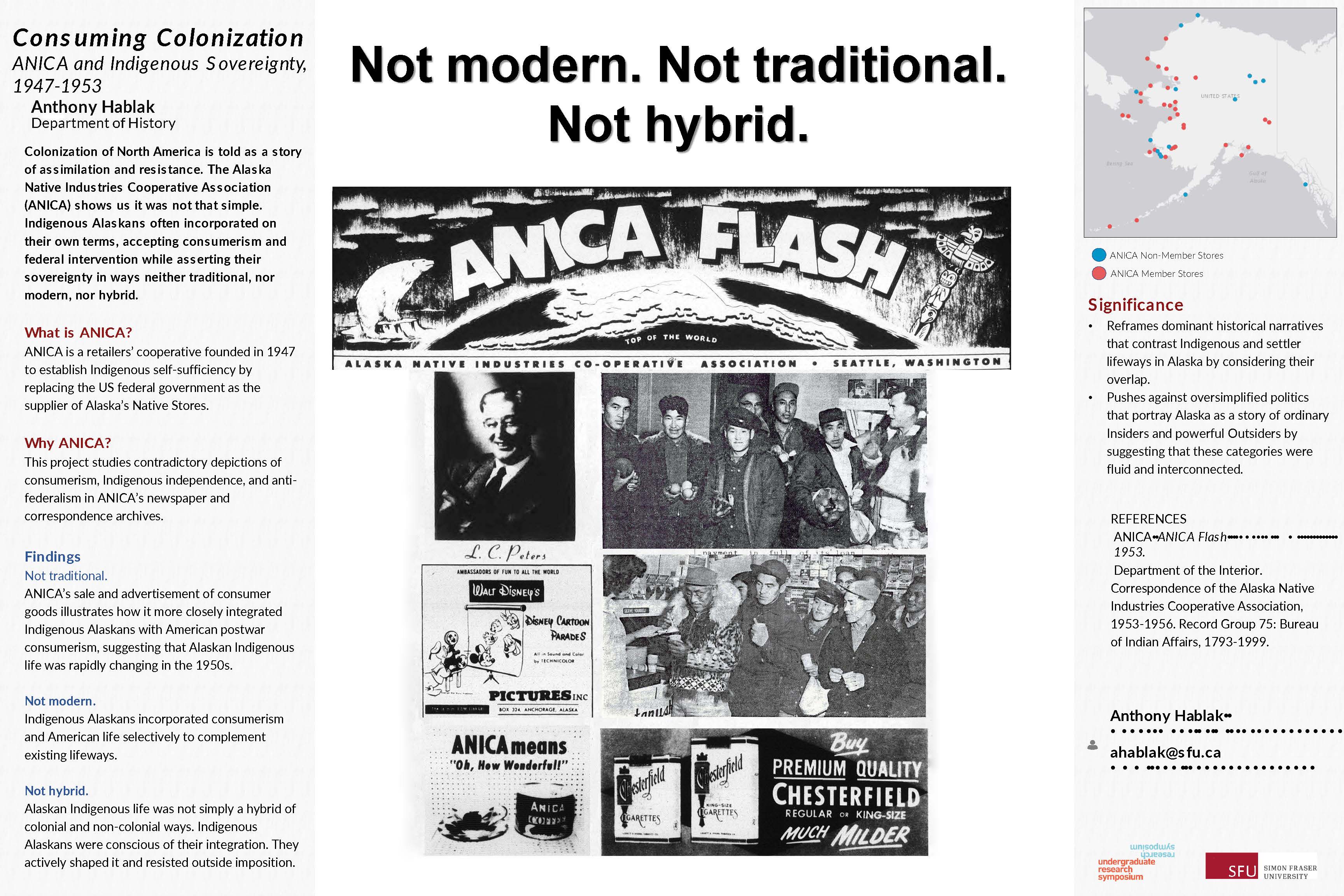 Historical scholarship on American Alaska has largely framed its colonization as settlers chasing the American West’s final mythic promise to independently create a new and better society on the frontier. Alaska’s self-appointed pioneers built their identities around economic sovereignty and self-determination, resisting federal intervention and absentee investment. Paradoxically, they depended on those same forces to realize their quest to bring American life to frigid Northwest. But where do Native Alaskans fit into this narrative? This presentation rethinks Alaska’s independence and development narratives by unearthing Native Alaskans’ complex relationships with development and self-reliance by examining the Alaska Native Industries Cooperative Association (ANICA) between 1953–1959. ANICA was an influential US government-sponsored but Indigenous-centered retail cooperative that attempted to shake Indigenous Alaskan development loose of its dependence on federal and absentee capital. Yet a detailed analysis of ANICA’s heretofore unstudied company newspapers and correspondence between 1953 and 1956 suggests that while a ruthless power struggle with the US Department of the Interior kept ANICA entangled in external capital, its day-to-day operations fostered a contradictory sense of Native identity and independence that remains unresolved in Alaska today. This narrative opens the door to new historical interpretations that critically re-examine cooperatives as keys to economic sovereignty in communities whose development has been historically reliant on external capital. Equally, it presents a new perspective on American economic dependence and federalism at a time when these tensions are creeping to the forefront of American politics.