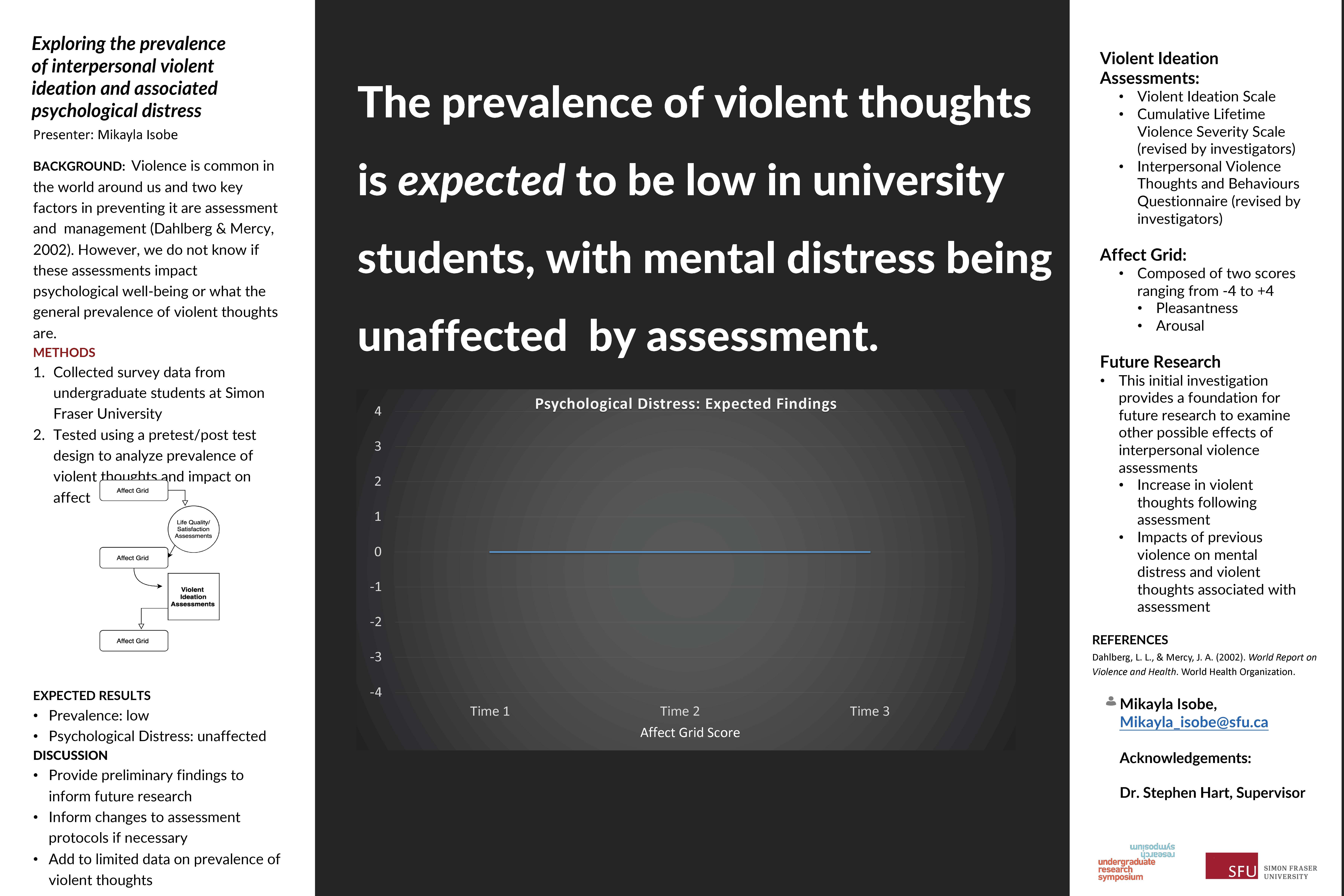 Interpersonal violence can be broadly defined as an act where one or more individuals physically cause harm to others (Dahlberg & Mercy, 2002). One important method of preventing interpersonal violence is risk assessment. However, there has been no previous research addressing whether non-sexual interpersonal violence (NSIV) assessments may be impacting the violent thoughts of those being assessed and limited research regarding prevalence of violent thoughts in non-clinical populations. I will share the findings and implication of my Honours project which explores the prevalence of violent thoughts and whether NSIV assessments are iatrogenic, e.g., whether they may be causing unwanted negative effects in those being assessed such as psychological distress. Participants will participate in a pre-test/post-test design study where they will complete two blocks of questionnaires, one of general life satisfaction and one of  NSIV. Participants will complete a measure of mood before and after both blocks to see if any changes in psychological state occur. I test whether the participants experience any increases in psychological distress following the questions of NSIV and for the prevalence of violent thoughts in an undergraduate population. The lack of research in this area regarding interpersonal violence is notable, as it has been extensively researched with respect to self-directed violence (ie. suicide). Based on similar research conducted regarding self-directed violence, I hypothesized that the iatrogenic effects of assessing risk for NSIV will be statistically non-significant and negligible in magnitude (ie. below the conventional criterion used to identify a “small” effect).