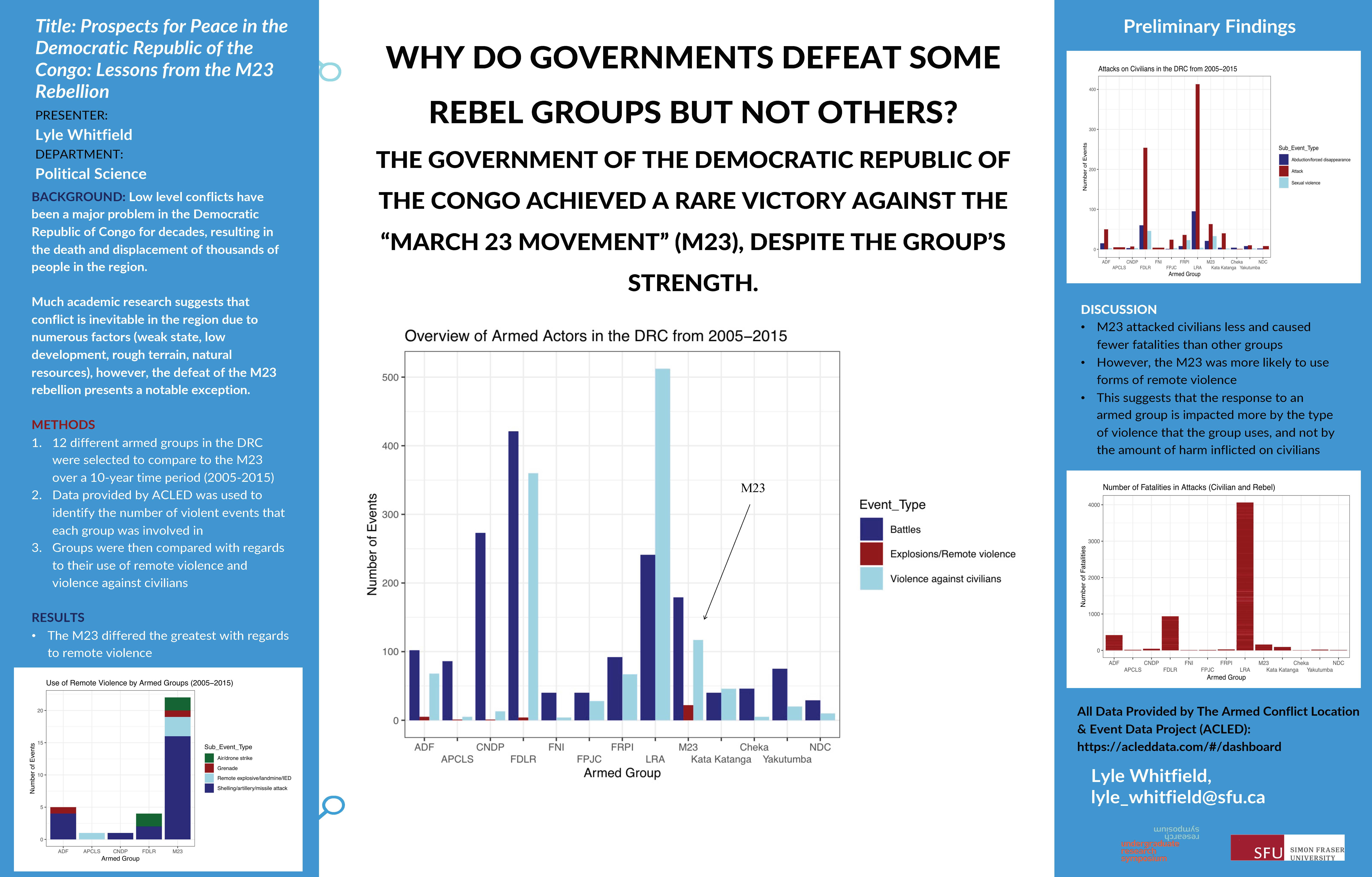 For decades, the eastern Democratic Republic of the Congo has been a hotbed of conflict between numerous different actors, ranging from local militias to foreign proxies. More problematic still has been the inability of the Congolese government and international community to combat these groups and establish lasting peace, primarily in the provinces of North and South Kivu. For the most part this reality has aligned well with the theories outlined in the academic literature on civil war, with one notable exception. The M23 rebellion, which lasted from 2012 to 2013, was put down swiftly and decisively when government forces were able to defeat the group after a successful military offensive. This result has led to the question of why this success has yet to be replicated with regard to the other ongoing conflicts in the region, and what, if any, key differences in the M23 rebellion and its context led to such a swift cessation of violence. This paper seeks to answer this question through a careful analysis of both the behavior and tactics of the M23 rebels, as well as those of numerous other rebel groups that were active in the eastern DRC during the same period. Finally, this study will outline how these findings can better improve prospects for peace in other conflicts, both within the DRC and abroad.