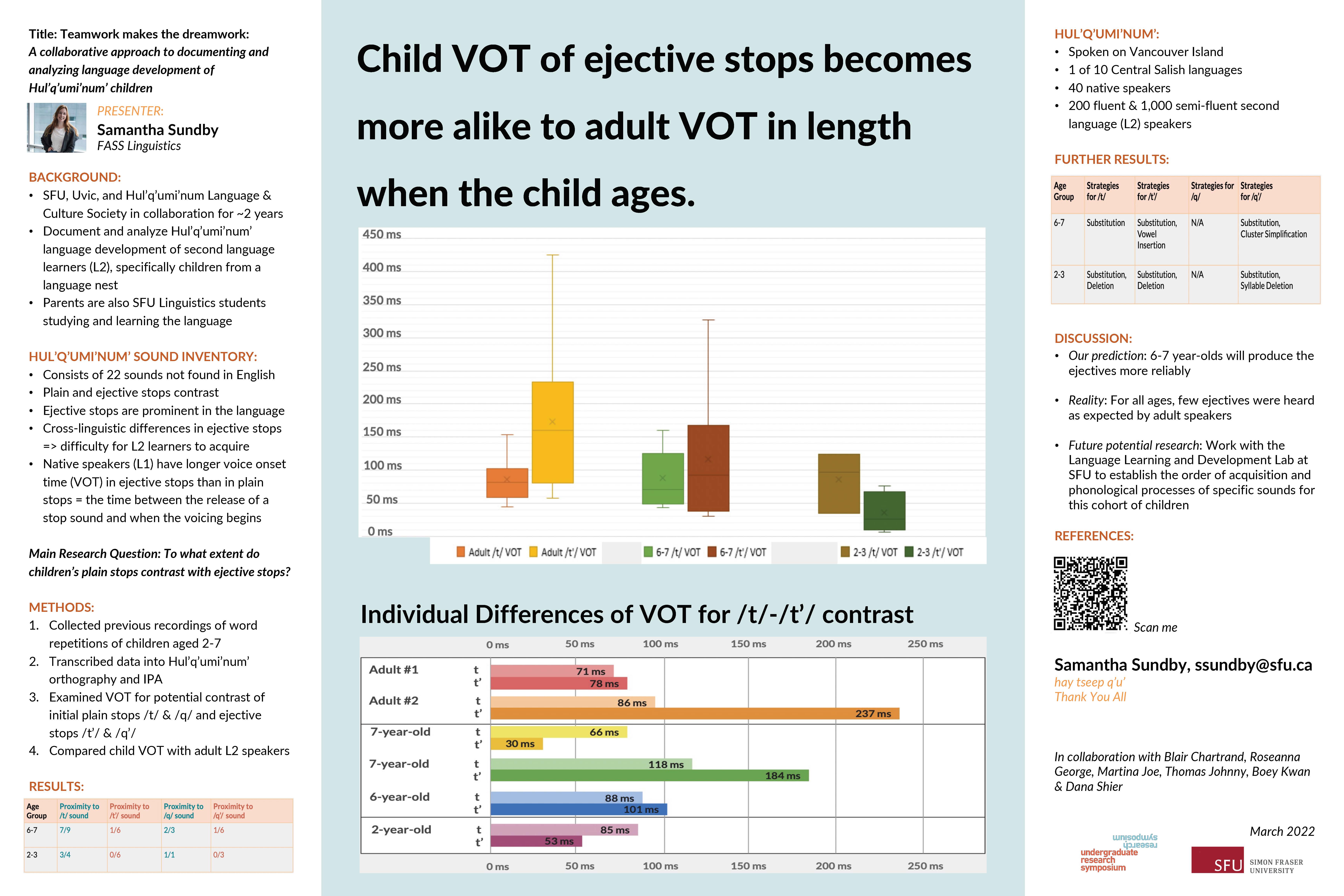 Over the last two years, a team of students and researchers from the Hul’q’umi’num’ Language & Culture Society (HLCS), Simon Fraser University, and the University of Victoria have been documenting language development of children in a language nest. Hul’q’umi’num’, spoken on Vancouver Island, is one of ten Central Salish languages, and currently only has around 40 first language speakers, most of whom are over 75 years of age. Now, there are 200 fluent and 1,000 semi-fluent L2 speakers, due to their motivation to champion the language (D. Gerdts, p.c.). The HLCS language nest provides space for infants, toddlers, and children to hear and use the language with Elders and adults (FPCC 2014, King, 2001). A unique feature of this language nest is that the parents/participants are also Linguistics students researching Hul’q’umi’num’ phonetic structure. Thanks to this research duo, we have collected an abundance of data to analyze and add to existing literature (cf. Bird et al. 2016, 2019, 2021 Bird & Onosson 2019, Percival & Bird 2019).