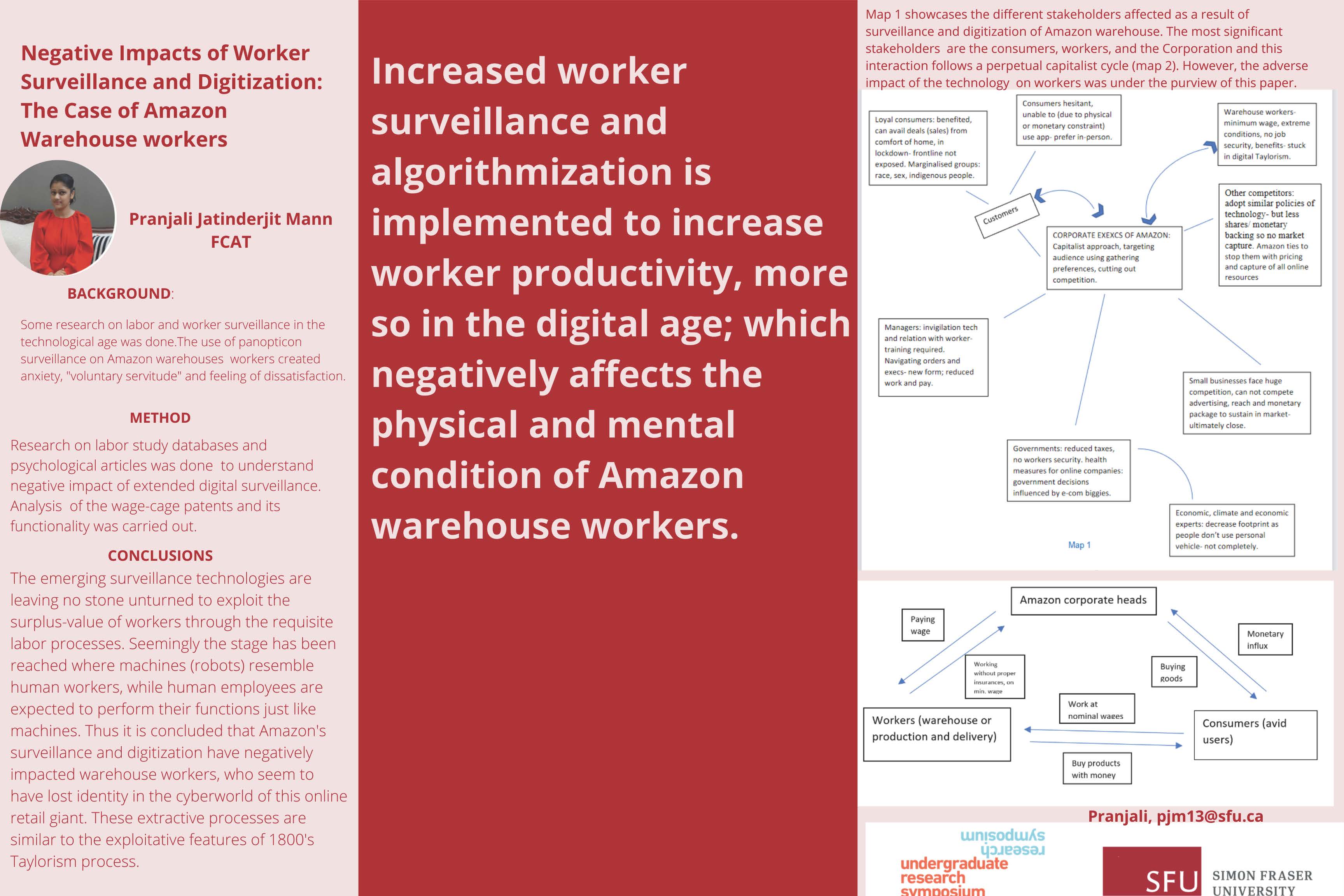 Increased worker surveillance and algorithmization are implemented to maximize worker productivity, more so in the digital age. These new digital surveillance and analytical techniques used to monitor warehouse workers of Amazon have negatively impacted the workers and altered the power relations between employers and employees. The workers are made mere “cogs in the wheels of the factory” and their algorithmization caused deteriorated physical and mental health. This hazardous tech-workplace surveillance is highlighted in the paper while ‘building’ a parallel to the processes of worker exploitation in 19th century Taylorism. Further, Digital panopticism is realized in Amazon warehouses by the omnipresence of the employer who (via camera, Fitbit watches, etc.) keeps an eye on bathroom break time, each pulse, and yawn of the worker which results in workers feeling caged. Thus, the paper attempts to expose the ill-effects of amplified “disciplining” in the workplace, as a function of surveillance technology.