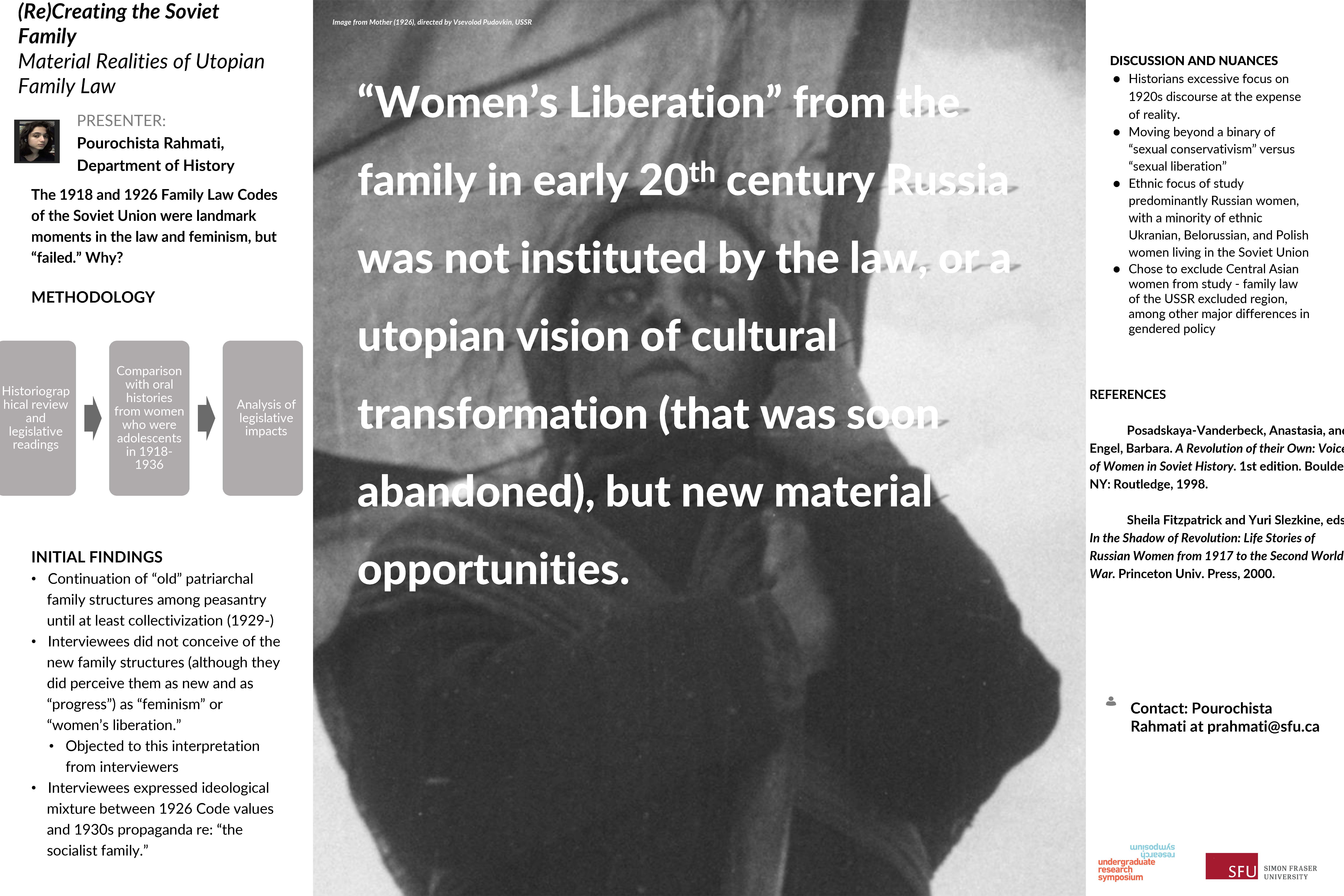 I seek to understand the material impacts of the 1918 and 1926 Soviet Family Law Codes on the lives of young women, those who lived under the most experimental period of the Soviet Union and perhaps the most ambitious gendered reforms in Russian history. Historians largely agree that while certain tenets of the 1918 Code became entrenched in late Soviet and post Soviet culture, the underlying ideology of sexual liberation was a failure and the popular backlash predominantly driven by women. I believe that the only means to understand why is to look beyond the rhetoric of both opponents and proponents of the Code and at the lives of the women who adopted, rejected, or remained ambivalent to the sexual norms embodied by the Code.

I will begin with an introduction on the Bolshevik ideology of sexual liberation and its relationship with the 1918 and 1926 Family Law Codes. To testify to the resulting controversies and cultural transformation, I will present evidence in the form of media such as Bed and Sofa (1927) as well as publications by Bolsheviks opposing and supporting “free love.”  I will then present my analysis on the material realities of sex and sexual (in)equality for sexually active women during the 1918-1936 period, and for those who came of age during this period. This will be done through a combination of data collected by Soviet social scientists in the 1920s and oral histories, memoirs, and other primary source accounts of Soviet women on their lives.