The security threats that will shape events in the years after COVID-19—threats such as terrorism, cybersecurity, radicalization, espionage, and climate change—go beyond the boundaries of traditional states. The key threat actors are violent transnational social movements (VTSMs), criminal organizations, and other groups that operate outside the normal constraints of state sovereignty. The impact of 21st-century security threats is felt by groups of states and across entire regions. It is not surprising that international organizations play an increasing role in responding to global security threats.

Through their dynamic use of technology, Gen Zs are finding ways to express their perspectives on security threats and catalyze change through creative solutions. Speakers at the CASIS Generation Z Congress (April 2021) discussed the impact of new technologies in the areas of education, information, communications, and social engagement. It is clear that access to new technologies is a critical necessity. Nevertheless, it may be equally important to establish necessary safeguards against the negative effects of technological advancements, such as facilitating the spread of disinformation or racist rhetoric.

The articles and briefings contained in this new issue of the Journal of Intelligence, Conflict, and Warfare raise critical questions in two areas: the jurisdictional dimensions of 21st-century security threats, and the power and promise of new communications technologies over a wide spectrum of Gen Z concerns. 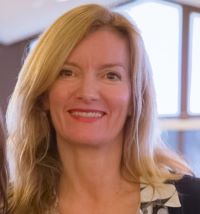 Security and the Centrality of Jurisdiction

Traditional views of security consider the sovereign state the object of security; therefore, realist approaches maintain that state apparatuses, including the police and military, are best suited to ensuring (state) security in the face of threats (Deibert, 2018). Yet as the security landscape becomes increasingly complex, a polycentric view of security’s objects and responses may better address contemporary threats. Deibert (2018) advocates a “human-centric approach” (p. 419) to security, one that may be more in keeping with the nature of today’s threats – many of which ignore sovereign boundaries – including threats to water, food and energy, economic crises, and cyber threats, to name a few. A human-centric security approach aims at providing “resources to independent agencies at multiple levels of governance” (Deibert, 2018, p. 419).

Governance, pluralization, and resources provide a baseline to begin to understand the significance of jurisdiction to 21st-century security. Drawing on the insights of geography, Valverde (2009), for example, explains the importance of ‘scale’ to understanding governance as it applies to security threats. Imagine, for a moment, Google Earth, which enables us to consider different scales or perspectives at various geographic locations – as scales change, so too does the governance and authority available to identify, manage, and address security threats. Security threats are dissimilar at different scales – what appears as a significant threat at one scale or level, may disappear or become even more threatening at yet another scale. Recognizing differences in scale underscores the complexity of governance and the differing meanings and responses to security threats.

How do multiple levels of governance apply to security threats? In the case of illegal migration, for example, Muniz (2019) considers domestic immigration surveillance and how it extends beyond physical borders. In the U.S., law enforcement officials’ use of “surveillance and control technology stretch outward to intercept immigrants before they reach the physical border territory and push inward to police migrants deep in the country's interior” (p. 1639). The ‘push outward’ means that the governance structures of immigrants’ originating countries are involved in U.S. border operations at the same time local (municipal) police are implicated in surveillance activities associated with border (national) control. The nature of the security threat may require not only subnational cooperation but may also require international collaboration to address identified threats; security threats can be both local and global and subject to several levels of governance. Similarly, international efforts to address threats may also be impacted by ‘glocalization’, whereby local conditions temper global pressures (Baskerville & Grossi, 2019). Efforts at local levels may seek to “retain jurisdictional identity in the face of continental… or global pressures” (Baskerville & Grossi, 2019, p. 96). Threats may therefore appear different depending on who intends to govern; at the same time, accepting or forfeiting governance of security threats may occur at the local, national, or international levels.

While the realist conceptualization of security threats points to the state as the legitimate source of protection against threats, the state as object of security may no longer resonate in the face of today’s threats. Bures (2017) notes that there is widespread agreement that “a pluralization of security is taking place… in several areas of (inter-)national security, private rather than public entities nowadays shoulder the bulk of the burden in responding to the new security threats, such as terrorism and organized crime” (p. 290). The jurisdictional relationship between public entities, such as the police and military, with private security organizations is not always straightforward. As Shearing and Stenning (1983) pointed out some time ago, while private security was once described as ‘subcontracting’ to public police agencies, over time, the provision of security has increasingly ‘outgrown’ what public police can offer with many organizations now providing their own security services. Cybersecurity is a typical example: public police have difficulties keeping up with quickly evolving technological changes and many organizations assume responsibility to address cyber threats themselves. Yet Meerts and Dorn (2009) underscore that the interests of those in the business of private security may run counter to what is perceived as the role of the state in the provision of security. As Bures and Carrapico (2017) note, security has become “increasingly transformed from a political problem requiring welfare social policy and state intervention to a technical problem amenable to private solutions through the logics of cost efficiency” (p. 237) and commodification.

Finally, Deibert’s emphasis on resources as underpinning jurisdiction is central to the ways in which security threats are defined and managed. In Bierens, Boersma, and van den Homberg’s (2020) examination of disaster preparedness, for example, they underscore the importance of “impact-based forecasting” (p. 446); resources are pivotal when considering the magnitude of the security threat and the resulting impact. Vulnerability is highly contingent on the resources enlisted to identify and anticipate security threats, as well as the ability to deal with disaster and security threats in the aftermath. If there are few resources to address certain threats, these may be considered less threatening and therefore outside of an organization’s purview or responsibility. Similarly, in their research on energy supply chains, Healy, Stephens, and Malin (2019) refer to the transboundary impacts of energy decisions and the “unequal distribution of costs, risks and vulnerabilities” (p. 220). In the pursuit of energy security at the receiving end of a supply chain, the costs for those in other parts of the supply chain can be significant. The importance of resources for jurisdiction is also emphasized in the adoption of climate action plans. In their study of climate action policy, Hui, Smith, and Kimmel (2019) found a positive correlation between “local climate policy adoption and population size, education level, and income level” (p. 493). In other words, those who have more resources with which to address security threats (such as climate change) will be more likely to adopt policies designed to address such threats.

Although “jurisdictions’ ancient partnership with sovereignty tends to privilege territory” (Valverde, 2009, p. 154) – Valverde also reminds us that there are limits to conceiving of jurisdiction as being only about territory. Why or how various threats become security issues is also related to temporality. Governance structures evolve over time, as do the actors involved in the provision of security and the resources that actors have at their disposal. Cyber security and climate change, for example, have only in recent decades appeared on the ‘security threat radar’. Understanding how security threats come to be identified, managed, and addressed requires a deeper understanding of the historical contexts in which threats are situated.

Finally, how we consider the elements of jurisdiction - governance, pluralization, and resources – has implications for our understandings of accountability and responsibility, oversight and transparency, and legitimacy. Those who claim jurisdiction over security threats become accountable and responsible for addressing such threats. At times, however, as researchers have observed, not all entities who claim jurisdiction have been open to external oversight and transparency. As Woods (2017), for example, notes, “the United States military justice system enjoys unique autonomy from the purview of civilian oversight” (p. 1349). As more agencies enter the arena of security provision, competition might increase the likelihood of external oversight. Transparency may also be facilitated by a competitive market for delivering security and bolster consumer choice. While a shift to pluralization of security may open up the floodgates to a number and range of security providers, each of which might claim jurisdiction over a security threat, these entities must not only address the security threats they promise to be responsible for but must also secure their legitimacy as the appropriate provider of the security they claim to offer. 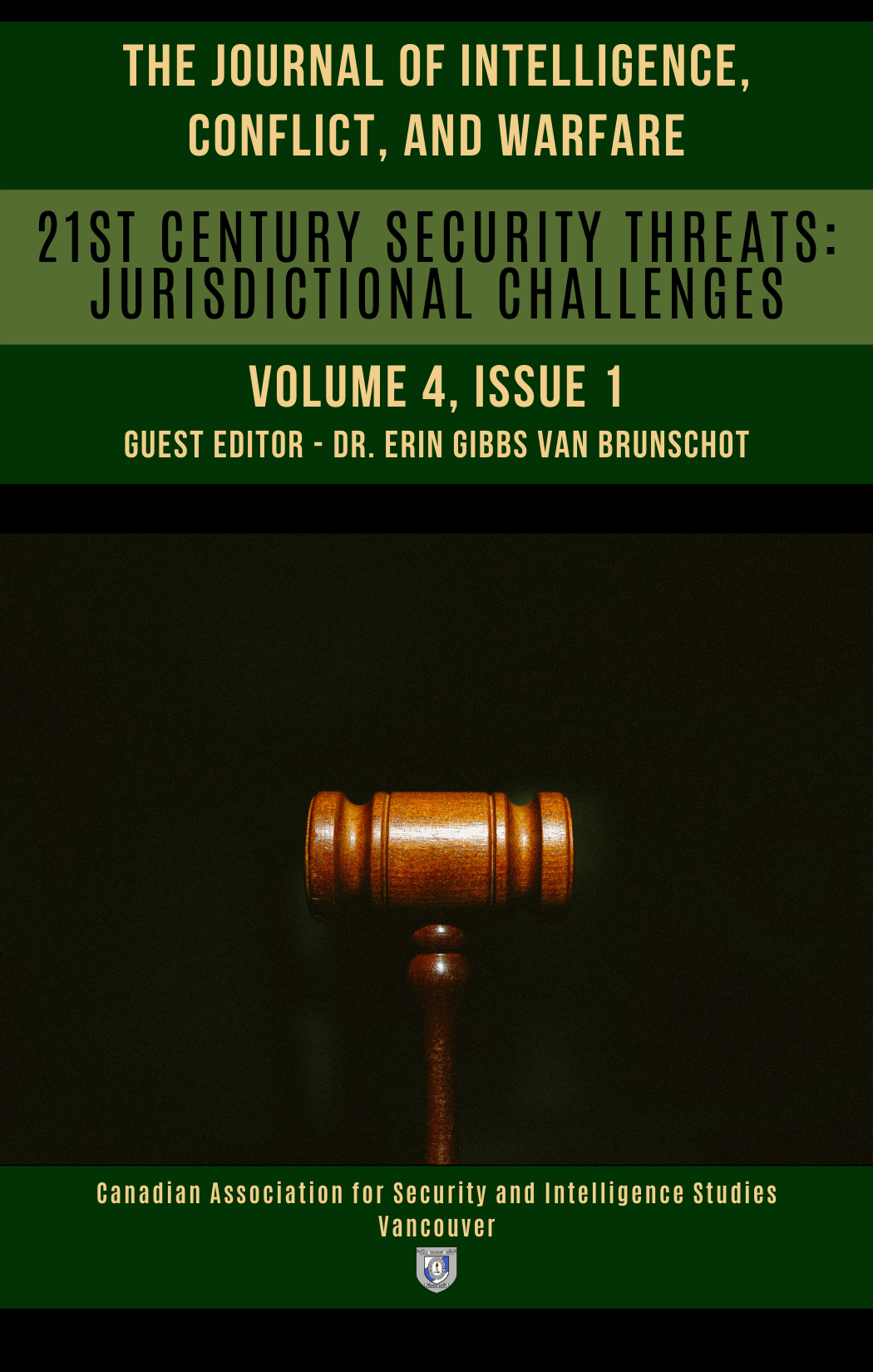 Neor Tiku
161-165
A world without digital inclusivity: What it means to securitize technology
PDF
Paige Chu
166-170
Technology and Racism: An Environment for Violence?
PDF
Chloe Bynoe
171-174
What Does Safety Look Like for Young Women on the Internet?
PDF
Vishaal Sehijpaul
175-178
Offline Activism: Does It Take More than Online Social Justice Warriors?
PDF
Erita Lee Acham Chen
179-182
Arts Education: An Unexpected Tool in the Quest for a Safer World
PDF