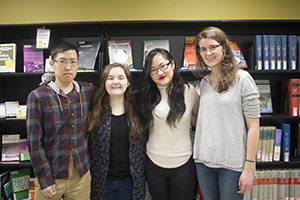 This paper was originally written for Dr. Jérémie Cornut’s Political Science 347 course Politique étrangère du Canada/Canadian Foreign Policy. In this essay the author is pretending to be the Canadian Minister of Foreign Affairs and is arguing for the re-opening of the embassy in Tehran (which was closed in 2012 by the Conservative government in Canada). The purpose of this essay is to adopt the point of view of a political actor in responding to a foreign policy question. Students in the class then had to engage in an in-class debate as the actors they were playing, debating whether to re-open the embassy or not. This document is translated from French and uses APA citation style.