The inspiration behind the topic originates from the observation that contemporary warfare is no longer using tanks and people. Rather, attacks are now seen through massive propaganda agendas spreading mass amounts of misinformation. The Canadian Centre for Identity Based Conflict (CCIBC) states that fake news “utilizes confirmation bias (the tendency to interpret new information of ones existing beliefs) through disseminating meticulously crafted messages to targeted audiences who are based on their online activities" (2019, p. 1).

Since the subjects in focus in this journal are not always legislated comprehensively, the journal sought out to focus submissions where laws failed and succeeded in addressing non-kinetic threats, disinformation, and cyberspace. 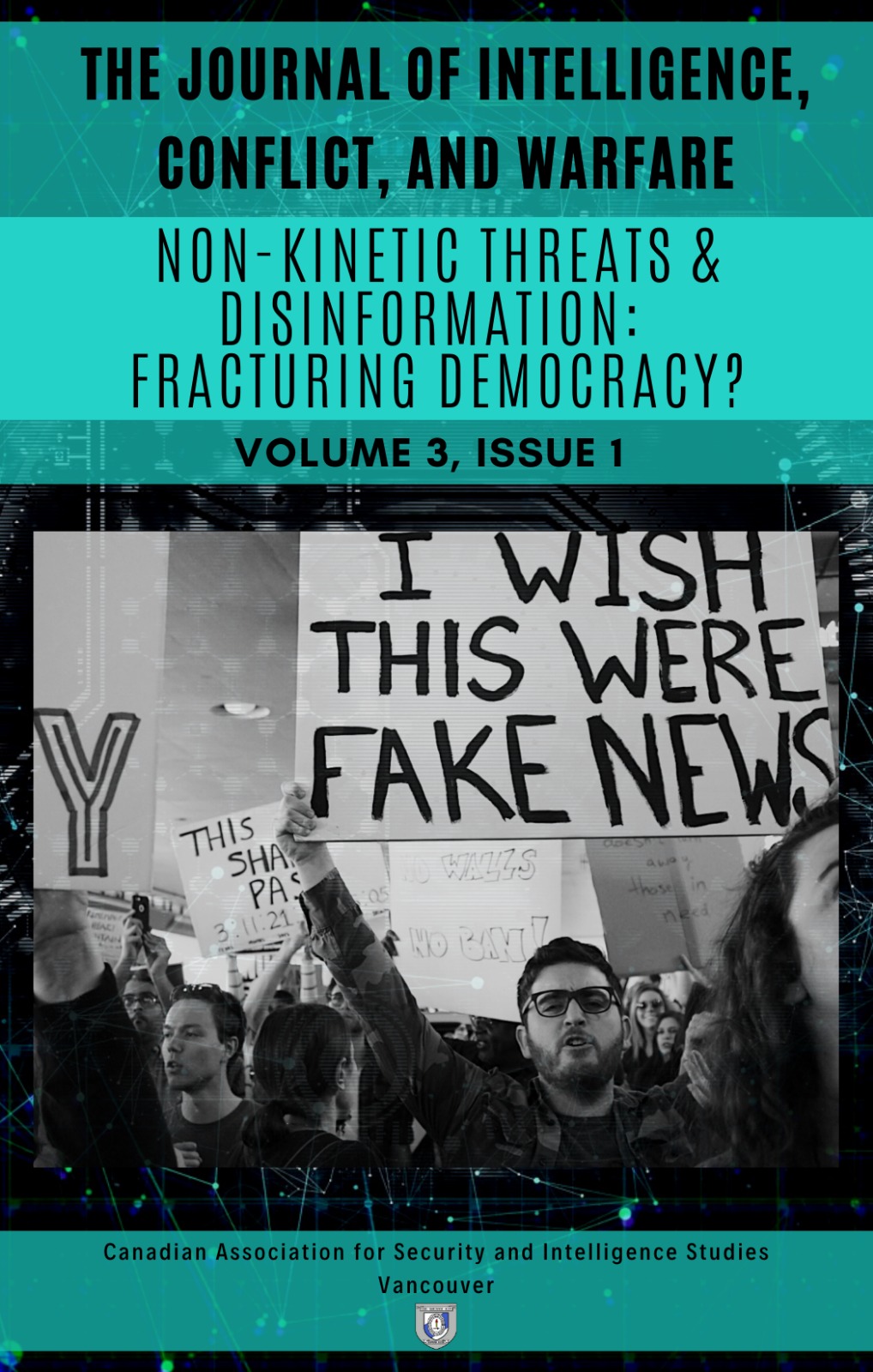