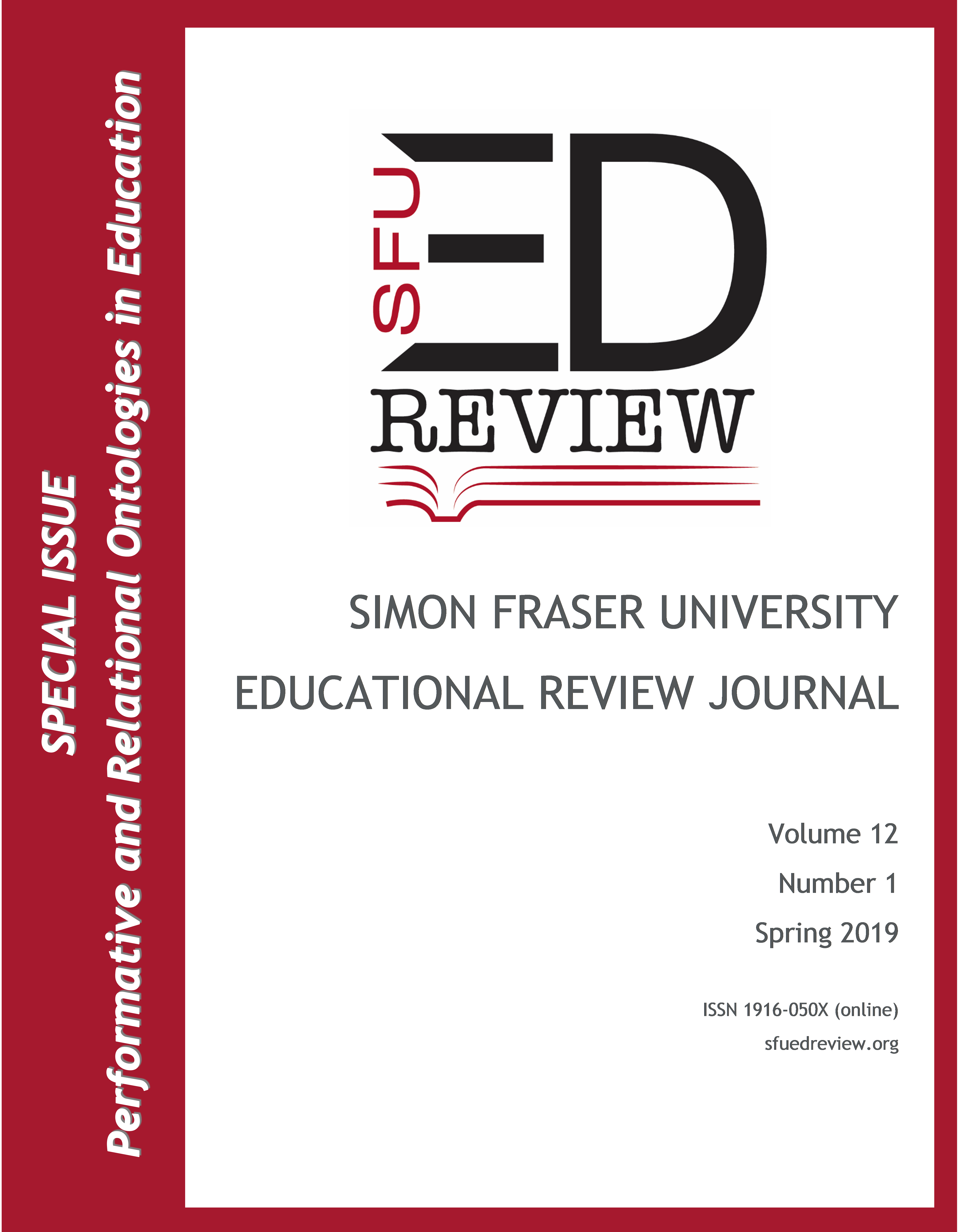 This paper explores a common tension for parents and teachers working with young children – the tantrum. Building on practitioner-inquiry methodologies, I engaged in a living inquiry into my practices as a parent, with the initial goal of reducing or preferably eliminating my son’s angry outbursts. Frustrated with approaches informed by theories often applied within early learning contexts to address tantrums, including behavioural, attachment and self-regulation, I turned to new materiality theories, which provide a novel approach in understanding the socio-material constitution of subjectivities, emotions, and relationships. Within this assemblage, tantrums were reconfigured as a doing of emotions, occurring in the spaces in/between bodies, rather than an individual act of defiance. Through this inquiry, I shifted from a position of trying to intervene from the outside to eliminate, control or manage my son’s tantrums to a place of ‘intra-acting from within’ and journeying with. My parental inquiry became a site to continuously work and rework everyday life and participate in the creative practice of world making. Although the tantrums, which we came to know as Mad I’m mad, continued, the connection among and between my son and I shifted, often in positive and enduring ways. I came to understand parental inquiry as a practice of ‘wayfaring,’ where the focus is on the journey rather than the destination. These stories may ‘trace a path’ for other parents and educators as they participate within their own affective and embodied entanglements, creating new possibilities for teaching and learning relationships.

All contributors to the SFU Educational Review are required to sign an author contract.